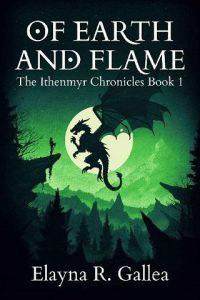 She refuses to be bound to anyone; he’s trying to find freedom.

Aileana is the king’s pet. She has lived her entire life in a tower, waiting for the day she will be forced to marry his son.
When that day arrives, she has a plan. Armed with her daggers and her desire for freedom, she runs from the king and his deadly power.
Xander has spent his entire life on the run. He doesn’t need anyone or anything, certainly not a mate. But when his path crosses with a feisty elf, nothing will ever be the same again.
He has secrets to keep. She wants to leave Ithenmyr behind and not look back.
Fate has other plans for them both.