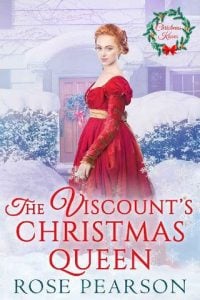 Determined to avoid each other, Lord Northwick and Miss Ainsley are forced to interact during the Duke’s house party. When secrets are revealed, will they change from enemies to friends… and perhaps something more?
Lucius, Viscount of Northwick, is deeply frustrated when Miss Ainsley joins them unexpectedly, ruining the enjoyment of the Christmas house party for him. Having fallen out with Miss Ainsley during the summer Season, he considers returning to his estate, only for a bullet pudding to change everything!
Miss Jane Ainsley is determined to ignore Lord Northwick as best she can, only to win the bullet pudding game alongside him. Forced to playact for a day and a night, she battles her changing feelings.
When Lord Northwick reveals more to her than Jane ever expected, she is lost in confusion – and then determined to help him. Will the Christmas gathering do anything to change these enemies to friends… or even into something more? Will either of them admit to what it is they feel, especially when a dark secret is thrown open into the light?