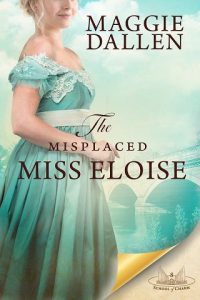 Everyone agrees Miss Eloise will make the perfect bride… until she runs away from her own wedding. And straight into the arms of an unsuspecting rake.
There was no plan involved. Eloise fled in a moment of sheer panic. If she’d given it any thought at all, her plan wouldn’t have entailed breaking into the home of the infamous Viscount Conrad. And she certainly wouldn’t have been caught. In her defense, the vexing viscount was supposed to be away. It wasn’t as though she’d intended to involve him in her escape. Viscount Conrad might be her brother’s friend, but he’s no knight in shining armor. More like a rogue in tarnished steel. But he’s a wealthy rogue, with the means to help her find freedom abroad. And he would, she decided. Whether he liked it or not.
But along her journey to freedom, she discovers he’s more than he lets on. He can be charming, for one. And surprisingly chivalrous. Though the viscount claims he’s no thief who absconds with runaway brides, she discovers he’s wrong. He is a thief, of sorts. And he might just steal her heart.