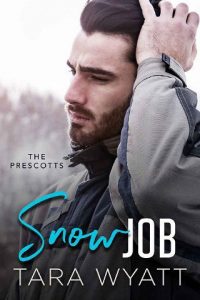 Sebastian Prescott once had it all. A promising career as an Olympic-bound snowboarder, money, youth, and a bright future. But after a devastating knee injury, everything came off the rails for Sebastian, sending him on a ten year downward spiral capped off by losing his job. And Sebastian places the blame for getting fired entirely on the shoulders of Kayla Bristowe, the woman who’d been working directly under him–and the subject of his fantasies–for the past three years.

So when a corporate retreat brings Kayla face to face with Sebastian, who’s now working as a snowboarding instructor at the resort hosting the retreat, to say she’s shocked to see him is an understatement. His anger over what happened is palpable. So is the chemistry still sizzling between them. Chemistry that Kayla tries desperately to ignore because she’s on the hunt for Mr. Perfect. And while Sebastian is a lot of things–sexy, arrogant, and a walking train wreck come to mind–her ex-boss is most definitely not Mr. Perfect.

But mother nature has other plans, and Kayla and Sebastian end up snowed in together with only one bed. Alone with Kayla, Sebastian’s fantasies come roaring back to life, despite the lingering animosity between them. But she’s no longer off limits because he’s not her boss anymore. At least, not out of bed…