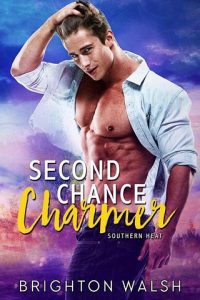 Willow Haven’s content. Okay, that’s a lie, but she has been trying her damndest. Trouble is, it never sticks. Second oldest in a family her town was named after, she’s always felt the pressure. From the townspeople, from her sisters, but most of all from her daddy—the original Good Old Boy and Havenbrook’s reigning mayor. The only time she didn’t feel that stress had been those blissful months spent in the arms of the resident bad boy. The same one who broke her heart beyond repair when he left without a word.

Life hasn’t come easy for Finn Thomas. He’s had to claw and fight for everything he’s ever had—and truth be told, it hasn’t been much. He spent the first eighteen years of his life living so far from the wrong side of the tracks, he couldn’t even see them through his trailer window. The only thing that ever came easy for him and made his sorry ass happy was the one girl he loved with all his heart. And the one thing he had no choice but to leave behind.

When an opportunity arises to return to his tiny, southern hometown and open the first bar in a formerly dry county, he jumps at the chance. That won’t win him points with the mayor, who’s hell bent on making Finn’s life a nightmare for sullying his namesake. But too bad for Mayor Haven, Finn’s got his sights set on more than just the town, and this time he won’t be scared off quite so easily.