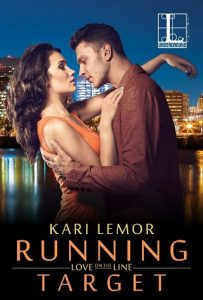 An innocent in the crossfire . . .

FBI agent Jack Holland broke every rule in the book falling for the girlfriend of Angelo Cabrini, son of a New Jersey mob boss. But even if Callie Lansing’s relationship to Angelo was actually a cover and her heart was free, her relationship with Jack put both of their lives at risk. Nothing, though, could make Jack regret the liaison that led to the birth of their son, Jonathan.

After Angelo discovered Callie’s pregnancy, he went after Jack and wound up dead. Now Jack is on the run with a target on his back. The only thing keeping Callie and Jonathan safe is the mob boss’s belief that the baby is his grandchild. But if Victor Cabrini discovers the truth before Jack can put him behind bars, it could mean death for his sweet covert family. . . .