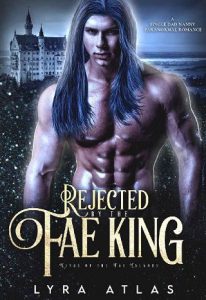 I was presented to the fae king as his innocent new bride.
But he cruelly rejected me in front of the entire island.
Instead of taking me as his bride, he offered me a job as his little girl’s nanny.
He humiliated and embarrassed me publicly, but I had no choice but to obey.
It’s not like I was dying to be his bride.
It’s not like I had any choice in the matter.
But now I live in his palace and I can’t shake the feeling that he’s constantly watching me.
When he talks to me, he gets so close that I can almost feel his body’s heat.
He may be the king, but that doesn’t give him the right to confuse me like this.
He said all I could ever be is his daughter’s nanny—so why is he tormenting me?
With every day that I spend in his presence the sting of his rejection hurts more.
But as hard as it is to admit … my body is starting to yearn for him … to want him.
How much longer before I give in to my primal desires?