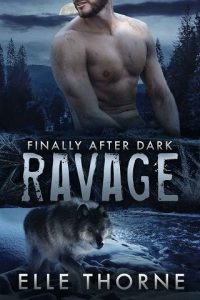 Valkyrie Lina Nyland’s back in Chicago and loving the urban lifestyle in the sprawling city. She’s excited to make her home in a place that has seasons, because she was tired of Houston’s single season of hot and humid.

Damn the luck, now she’s being sent on assignment to the Crescent City. Why, oh why, does she have to go to New Orleans where the heat and humidity rival Houston’s? At least she’ll be in the place where the alcohol flows freely and the one-night stands are du jour.

Of course, she’s not fond of the assignment she’s on, but she’ll deal with that. Hopefully the hot guys in NOLA can assuage some of the guilt she’s feeling while she’s on this mission. She’s found an interesting hunk that could take her mind off her issues and put her body through some workouts.

What could go wrong?

Dire wolf shifter Jason Wulfsen’s happy that his brother Asa’s found his mate, but he has no intention of doing the same. The business end of their trip to New Orleans is over. Let the fun begin in the city that baptized sin in hurricanes and beignets. He’s got one thing on his mind. How much alcohol can he consume and how many Southern honeys can he talk into his bed.

A blizzard is delaying his return trip home, but does that pose a problem for Jason? Hell, no. He’s met the perfect lady to spend a few hours—or days—with. Horizontally, naturally.

Again, what could go wrong?