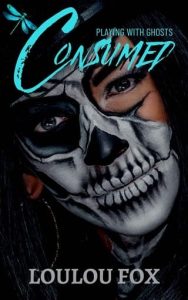 Do you believe in fated souls? That somewhere, out in this big wide world, there is one single person that is destined for you? One person, out of billions, that was hand crafted and moulded to be your missing piece, your one true love, your soulmate.
That somewhere out there, is the thing that you have been unknowingly searching for as you bounce from one person to the next, clocking up an impressive list of failed relationships and one-night stands. That it’s irrelevant how much effort you put in to make those relationships work, because they are destined to fail, that it isn’t the person fate has paired you with, that it’s just the person fate has given you to keep you busy until your path finally crosses that of your soul mate.
Yeah, personally, I think it’s all a load of crap.
Soulmates, one true love, and all that nonsense, is just what the romantics of this fine earth tell themselves to feel better about another failed attempt at the dating game, while pouring copious amounts of alcohol down their necks.
Now, I’m not cynical or jaded when it comes to love, I just think the whole notion of one true love and soul mates and the rest of it, is simply something that was concocted by the television industry, the book industry, hallmark cards, and all of the other major industries that benefit from such a thing as true love.
I mean, if everyone in the world was of my way of thinking, then there would be no timeless fairy tales told both on paper and on screen for mothers and grandmothers to tell little girls. There would be no influx of roses and chocolates being bought in the month of February, hell, maybe even the diamond industry would plummet from lack of engagement rings being purchased by nervous men hoping their girl says ‘yes’.
Okay, so I’ll admit I do sound a little cynical and jaded regarding the matter. But the honest truth of it all is, I just don’t believe in it.
Sure, I believe in love. Of course, love is real. I just don’t believe that there is only one person in this whole planet that is meant for another and no one else. It’s ridiculous and I personally will not allow such a childish and over romanticised notion to have control over my emotions, or be the explanation for such intense, confusing, and well, yeah, unexplainable emotions and feelings.
God, listen to me. I sound like a crazy person ranting about true love not being real, but I have a valid reason for my out of the blue ranting, truly I do, and it has everything to do with this soulmate bullshit everyone loves to harp on about.
You see it is said that everyone has a story of how they met their soulmate, their one true love, and it almost always starts with hearts and flowers, rainbows and unicorns, princesses, princes, shit, knights in golden friggin’ armour, and all that other happy mushy crap.
It almost always starts that way,
but sometimes it doesn’t.
Sometimes the story is a little on the darker side. Sometimes it starts with hatred and anger, violence and cruelty, monsters, demons, and knights in black, blood-stained armour.
Yeah, sometimes true love doesn’t always come hand in hand with your so-called soul mate. Sometimes you can detest the one your soul is fated to. Sometimes the person the soul that is bound for yours is inside can be as close to being the devil as humanly possible. Your soulmate might not even want to be tied to you, or you to them.
None of that matters though.
I mean, if this whole soulmate and destiny bullshit is real, because if it’s truly meant to be, it won’t matter how much hate, anger, violence, blood and even death it takes to get there, that’s where you will end up…