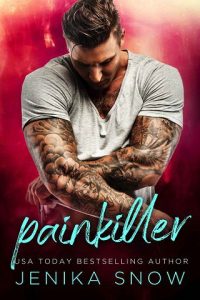 She’s the only girl he’s ever loved.

Family.
Technically that’s what Rebel and Rosie were.
They’d grown up together, and in the public eye being with each other would be wrong… forbidden even.
But that didn’t stop him from wanting her.
He knew he wasn’t good for her. He partied too hard and got into far too many fights.
But despite that… Rebel wasn’t going to stop until he made Rosie his in all ways.
He’s the only boy she’s ever loved.
They called him Rebel, and the nickname suited him well.
She called him family. Although that’s not how she’d started seeing him.
Rosie’s known Rebel nearly her entire life, and although they were opposites in all things, she just knew they were meant to be together.
But his self-destruction might be the very thing that kept them apart.
She just didn’t know if crossing those lines and telling Rebel how much she loved him would bring them closer together, or ultimately tear them further apart.

Note: This was perviously published under the same title. Although it’s been re-edited and re-covered, the story itself is the same.