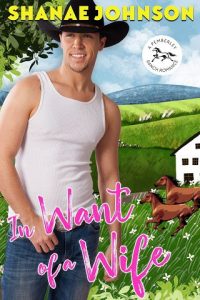 When Charlotte Lee settles for a marriage of convenience, she isn’t expecting romance… until she begins to fall in love.

It’s a truth universally acknowledged that you don’t go after your best friend’s boyfriend. Charlotte Lee is definitely not breaking that code, not even after her girlhood crush has been unceremoniously dumped by her bestie. Charlotte can’t blame Collin for wanting to be a part of the Bennett family. It’s been her secret wish ever since Eliza Bennet inconceivably picked her as her BFF. And now, finally, the life that Charlotte has always dreamed of is at her fingertips since she’s a shoe-in for the job of head trainer on the Bennett’s horse ranch. But everything goes wrong when the job goes to someone else, leaving Charlotte in the lurch.

Some say Collin Hunsford doesn’t have a heart. Not true, as evidenced by his love for rehabilitating wounded race horses. The problem is he often puts horses before women, which probably accounts for his dating woes. Unfortunately, in order to afford to save the horses up for auction at the annual Pemberley Races, Collin needs to fulfill the terms of his inheritance and find a wife. Too bad Eliza rejects his marriage proposal before their third date gets underway. After giving it some logical thought, Collin determines her quiet friend Charlotte is likely the better choice.

For a woman who has few romantic choices and fewer career prospects, Charlotte has little choice but to accept Collin’s offer. Besides, she’s not betraying her best friend if Eliza never loved Collin. But if Charlotte can’t crack Collin’s stoic shield, she’ll be in danger of losing not only her best friend, she’ll be in danger of losing her heart to a man who might never admit his feelings. And for Collin, plain, shy Charlotte sparks unfamiliar emotions within him. Abandoning logic could result in the loss of his bid for the horses who need him, but keeping his heart closed off could risk the woman who makes it beat for the first time.