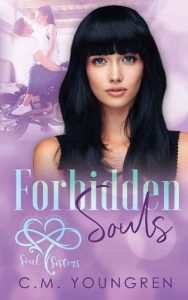 Friendship and love brought us together…
Would heartbreak keep us apart?
Growing up on the wrong side of the tracks, dirt poor, and neglected by the so-called parents that created me, left me cynical and closed off. I didn’t need or trust anyone except for my brother. So, I built a wall of armor around my heart that I believed not a single person except for him could touch. I was wrong.
The girls scaled the wall.
And then Landon brought it crumbling down.
As I grew older, the passion between Landon and me intensified, becoming undeniable. And although I had the best friends a girl could ever ask for, I had been harboring two major secrets from them. First, the forbidden love that Landon and I once shared. Second, the loss which had caused a mountain of despair I buried deep in my soul that no one could ever mend. Not even Landon. Or could he?