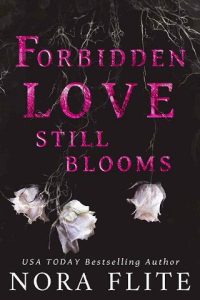 Lorikeet is trapped in a doomed relationship with a man she hates.
In an act of desperation she can only think of one way out: murder.
She’ll tempt Dezmond into the bathtub and drown him.
Or that was the idea, until his silver fox of a father, Jordan, catches her in the act.
She can feel all her plans coming undone—she knows a father will protect his son, even if he’s an abusive monster.
What she doesn’t expect is to find herself trapped again.
Only this time, in Jordan’s obsession.
As he flirts with her from the shadows, Lorikeet struggles to resist the older man’s temptations.
If she goes too far, the secrets Dez is blackmailing her with will be exposed to their small town.
But Lori isn’t the only one with secrets.
What Jordan is hiding could destroy their forbidden love before it has a chance to grow.