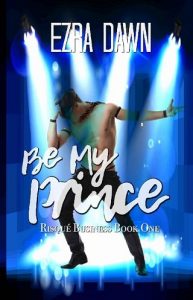 Aaron Duvall is a cheetah shifter and a male stripper. After being kicked out of his pride for being gay, his family uproots their lives and makes a home for them in a new pride where Aaron meets Jason, his best friend. When things don’t go as planned and his heart ends up broken, Aaron and his brother Ashton move to New Orleans where they start over once more.

Jason Velez is a lion shifter and an ex-marine. After running from his mate ten years before he’s decided it’s time to finally put things right so they can build a life together. Only, it isn’t as easy as he thought it would be. Aaron isn’t exactly in a forgiving mood. Any chance at a relationship Jason might have, he’s going to have to work hard for it, and grovel, because that always helps.

Will Aaron be able to forgive Jason? Can Jason make up for the ten years of suffering he caused? Or has he come too late?