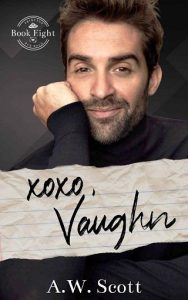 “I know your secret…”
As a child they called him spoiled. In his teens, it was hellion. Vaughn didn’t care how you went about it, the term was one he wore proudly. Causing trouble and meddling was his favorite pastime. There was something so gratifying about getting under people’s skin. It was the best high he’d ever found, and he chased it every chance he got.
When Vaughn found a way to turn it into a business, he realized that the thing people claimed to be so bad about him was something that others craved. They wanted to tame him and make me behave. Yeah, right. Like that would ever happen.
Lyric understood the basics of human connection. He remembered as much from before. But using those tactics now wasn’t something he could do without slipping up. He needed order and obedience to keep himself in order.
Finding a man who fought against those principles should have sent him spiraling. Instead, it was a challenge that he couldn’t turn away from. Before he knows it, years have passed and his urges are under control.
Through a turn of events, Lyric finds out the one person he thought he’d never meet is finally within reach. But as Vaughn pretends to not know him time and time again, Lyric wonders if the man behind the screen and the man in front of him are actually two different people.