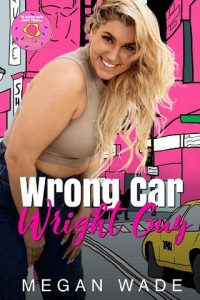 This grumpy boss will make her pay… In the sweetest way.
I was trying to be a good friend. My bestie was dumped unceremoniously, and when I spotted his car, I felt the need to write him a quick note on the hood. You know, just a word or two about what I thought of his actions. No big deal.
Only, it wasn’t her ex’s car.
And it was a big deal.
A really big deal.
Because the car I’d inadvertently vandalized was none other than Tanner Wright’s.
Tanner Wright, the media mogul.
Tanner Wright, the internet voted ‘hottest man on earth’.
Tanner Wright, the biggest talk radio host the country has ever known.
Tanner Wright… my new boss.
I think I might be in a bit of trouble.