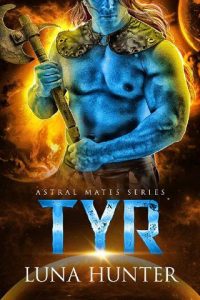 Harper Myers is having a seriously bad day. Her ship has crashed on an alien ice planet, and she’s stranded there with Commander Tyr — a brutish Dragan Warlord who can’t stand humans.
They have to share body heat just to survive on the harsh world, and that’s only the start of their problems, because the primitive inhabitants of the ice world think Harper looks good enough to eat. Literally.
There’s only one way for Harper to stop herself from becoming a savory snack for the ice-planet locals:
Pretend to be Commander Tyr’s wife.
On second thought, perhaps being eaten alive isn’t such a bad idea after all…