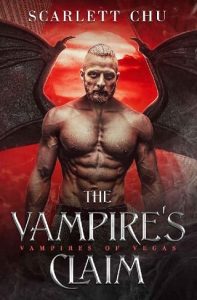 Sent on an undercover mission to spy on key vampire figures in Las Vegas, Leah comes face to face with the vampire leader and mayor of the city, Julian Blackmore. The pull between them is undeniable, and sparks fly as Leah’s head and heart struggle a battle that can only end in loss.
Julian Blackmore’s heart hasn’t beat since he lost his soul thousands of years ago—until he meets her.
A vampire with a heartbeat is a vampire who’s found his soulmate. But claiming a human means risking her life. Julian’s world is violent, brutally dangerous, and no place for a woman like her. Denying himself his mate might be the hardest thing he’ll ever face… next to knowing he’s sleeping with the enemy…