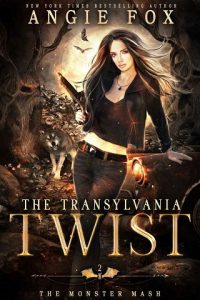 A shaky truce. A pregnant Medusa. And a dedicated doctor who keeps legends alive.

Even during a truce, I have my hands full as a MASH surgeon to an army of warring gods—especially when Medusa herself turns up pregnant. I frankly have no idea what to expect when a Gorgon’s expecting, but I have an even bigger problem when my presumed-dead former-fiancé sneaks into my tent with enough emotional baggage to fill a tank.

He’s been fighting for the other side, which technically makes him my enemy, and now he needs me and the power I’ve kept secret for so long: I can see the dead. It’s a blessing and a curse. Literally. Because the gods will smite me in a second if they suspect.

But the other side is developing a terrible new weapon, and the only person who can stop the carnage was just murdered in a covert lab behind enemy lines. So I have no choice but to pull on my combat boots and go AWOL with my ex and a moody berserker to confront a ghost with a terrible secret.

Too bad uncovering the truth could make me enemy #1…

Warning: This book contains a Star Wars-obsessed werewolf, an adorable hellhound, demigods in peril, action, romance, and friends who put each other first—in a MASH camp where everybody knows your business.

*The core of this book was originally called Immortally Embraced, published by St. Martin’s Press in 2013. The author has rewritten it into the way she always envisioned the story to be, which means it is now a romantic comedy instead of an angsty book. Oh, and there are a lot more pet swamp lizards, too