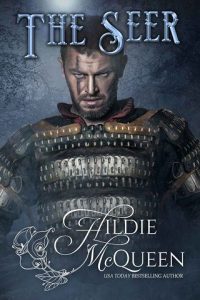 Summoned by a resistance force, to find traitors, seer Alasdair Creag is caught up in a tangled web of treachery. Everything is further complicated by a passionate attraction to an unattainable woman. The longer he remains, the bigger the threat of death. And yet, Alasdair cannot convince his heart to let go.

Dallis Sinclair is part of a group that plans to kill a laird, who threatens to overtake her clan. In the midst of clandestine gatherings and shocking revelations by her own father, she finds herself unable to control the urge to seek the seer. As laird’s daughter her fate has been cast and yet, she refuses to give herself to anyone other than Alasdair first.