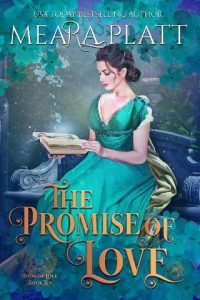 Can The Book of Love bring together two hearts passing in the night?

Juniper Farthingale is on her way to London for her debut season when she meets handsome Scottish general Augustus MacLauren by chance at an elegant coaching inn. The man is so obviously right for her. But how can she convince this big, brawny Scot they are meant for each other when she has known him for only a day? Will the Book of Love work its magic to help her convince Augustus to marry her before he rides off for Scotland and she never sees him again?
Augustus MacLauren did not rise to the rank of general in the Royal Scots Greys and the Crown’s top continental European commander in the aftermath of Napoleon’s demise by making rash decisions. He is known for his deliberate, thoughtful nature and his tactical military brilliance. But he has fallen in love with June Farthingale within a mere hour of meeting her. Does he follow his heart, toss caution aside, and marry her?
Or will he allow logic and reason to win out, because try as he might, leaving Juniper does not feel like the right thing to do.