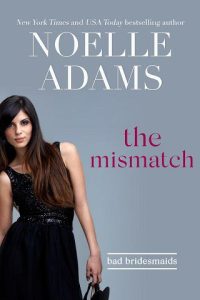 Taylor doesn’t like people, and she doesn’t like dating. So she’s the worst possible person to be stuck in a fake relationship–especially with someone as uptight as Charles Kensington.

She never should have had a one-night stand with him. That was her first mistake. Because then she felt bad about his difficult family situation and had the ridiculous urge to help him out. So now she’s pretending to be his girlfriend, and she’s a terrible girlfriend. She’s grumpy and cynical and not good company, but she has to pretend to be head-over-heels when she’s never been in love in her life.

When he moved to Azalea, all Charles wanted was some time and quiet to write his book, but instead he’s fallen into an absurd scheme with an infuriating woman. It’s nice of her to help him out, but that’s the only thing about Taylor that’s nice. She’s stubborn and reclusive and rude. And smoking hot. And she awakens parts of his nature he never knew existed before. He can’t help but want her to see there’s a lot more to him than a nice, boring guy.

They’re opposites. No doubt about that. But Charles wonders if this mismatch might be exactly what both of them need.