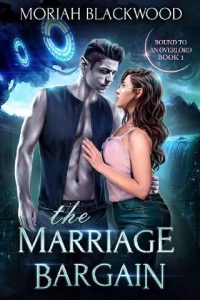 Alien Overlords ruling Earth need human females to rebuild a decimated population. Delle refuses to end up on a breeder’s list. Overlord Caide wants to avoid returning to his home planet and his father’s harsh rule. Can a marriage of convenience protect them both?
Earth was ripped apart during the Final War, but the alien Overlords have come down to save us.
Or have they?
Delle: Life is simple for my older sister, even under the Overlords’ rule. She’s happily married and a mother of four. According to our alien rulers, I should be emulating her. But I want more than to be a breeder, having some blasted alien’s babies. Nope. Not the life for me. Then a cruel alien Flight Commander tries to claim me as his own. My only way out is a marriage of convenience… with an Overlord from the planet Asterion. Caide, my brother-in-law’s boss. It’s the last thing I want, but Overlord Caide promises he won’t force anything on me. Sex. Babies. Love.
Caide: The illegitimate son of an Asterion noble, I took a spot on one of the first starships coming to Earth where I built a new life for myself. Now my half-brother, my father’s heir, has died, and my father wants me to return home. In order to circumvent my father, I must marry a human female so the Asterion nobility will consider me tainted. I can’t deny that Delle, my employee’s sister-in-law, with her generous curves and hot temper, has caught my eye. She’s also caught the eye of a harsh military ruler. She needs a way to escape him, and I need a way to escape going home. So I offer her a bargain. A marriage bargain.
One of the stipulations she sets is that we can’t fall in love. But that may be the part of the bargain I can’t keep. As it turns out, Delle is my mate. Whether she believes it—likes it—or not.