Home
fantasy romance
The Man with the Violet Eyes by H.P. Mallory (ePUB) 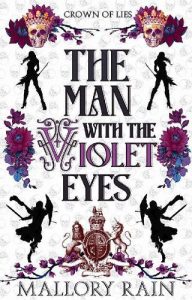 Master Nicolo, a man also known as ‘The Terrible,’ lives up to his title and then some.
As confidante, closest friend and protector to Prince Balduin, a man who would be king of the large and estimable Woodfall Gath, Nicolo is nearly untouchable.
Throw in the fact that the man can fight like no other and seems to have a preternatural knowledge for detecting those who want to kill him, he’s a formidable foe and then some.
But Nicolo didn’t always live such a favored life.
Born the only son to a poor mother, his otherworldly violet eyes separated him from his peasant brethren, singling him out as someone or something to be feared and shunned.
With no friends or money, Nicolo’s young life was a difficult one.
Then came the day the queen and her entourage passed through his remote town. The ailing Prince Balduin who was struck with a strange sickness that was certainly killing him, played with Nicolo and…
Prince Balduin’s health improved.
And so began Nicolo and Balduin’s strange friendship—Balduin raising a would-be peasant to a station well out of his range, and in return, Nicolo’s constant presence healed Prince Balduin.
Now the time has come for me to join the ranks of the kingdom’s servants, acting as maid during the day, all the while awaiting the cover of darkness in order to find Master Nicolo alone.
So I can assassinate him.
This newest entry in the world of Historical Fantasy Romance will grip you with plenty of intrigue, sexual tension, a kick-ass heroine, mystery and danger.