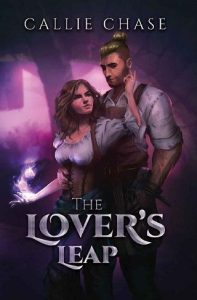 Palmeria Lombard will do anything to avoid an arranged marriage to her father’s criminal crony—even dabble in forbidden magic. When Pali fails to secure an enchanted death mask from the goblins of Omrora, she runs not to her parents, Lord and Lady Lombard, but to her secret half-brother and his mother where she learns that her one passion in life—playing backgammon—may provide an alternative escape.
Syndrian Serlo is a cutler whose skills make him a favorite both in his father’s guild as well as with those who work in the darker parts of the Realm. When he’s tasked to make the dice for a tournament at the Knuckles & Bones pub, he believes it’s just another job for the Otleich crime family—until his best friend’s sister shows up expecting not just to play, but to win.
Pali enters to the tournament with one goal: win the prize and make her escape from her unwanted betrothal and her family for good. But when her half-brother’s best friend helps her explore her own hidden magic, she must decide… How much of herself will she sacrifice to keep those she loves safe? Or is she willing to roll the dice and take the lover’s leap?