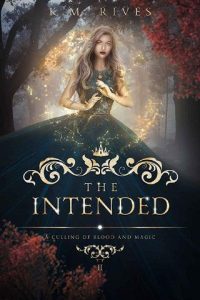 The Intended (Culling of Blood and Magic #2) by K.M. Rives – Free eBooks Download

Emery may have survived the Culling, but now she’s on the run.

Forced to find her way in a world of magic behind the wards of New Orleans, Emery struggles to accept her newfound identity as a witch and a mother. Her coven is demanding that she choose between the magic she’s always wanted and the child she already loves. Will Emery find the strength to fight for what matters most?

Devastated by the loss of trust in his mate and seeking revenge, Augustine throws himself into the hunt for a murderer within his kingdom. Emery remains his primary suspect, even though there is a side of him that longs for the woman who has captured his heart.

War is brewing in the supernatural world, and a long forgotten prophecy is at play. Can Augustine and Emery overcome the secrets that have torn them apart, and reconcile their past before the future catches up with them?