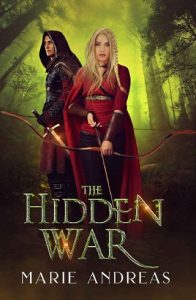 Hundreds of years ago, fae and humans lived together in peace. Magic was strong and the fae showed the humans how to use it as never before. Then the fae stole the magic and fled back to their homeland. Humanity took a hard blow as many died while they relearned how to live without magic.
Fifteen years ago, Eladrea’s village vanished. Rather, the people vanished. The buildings were left perfectly intact along with five-year-old Eladrea. Found by a group of neighboring villagers, Eladrea grew up wondering if her parents and the rest of her birth village would ever come back.
Two years ago, another village vanished. No one remained this time.
A day ago, another village was taken. This time there were bodies left behind and not all were human.
Trained as a fighter by her new village, Eladrea has to work with a handsome traveler to find out who is attacking the villages, and if the fae are coming back to steal the villagers as they previously stole their magic. Things are not always as they seem, and that holds true for magic and as well as love.
The Hidden War is a stand-alone fantasy romance novella and has been expanded from its original appearance in the anthology, Fae Worlds.