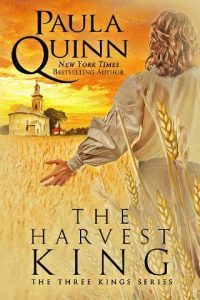 Commander Caleb Desai, leader of the famed Warriors has three goals in life, to bring God and rain back to the barren wasteland of Predaria, and to make the previous king’s usurper and the man responsible for destroying his country pay. But when the new king
escapes his hands, Caleb is forced to take his daughter with him on his journey home across the plains. Dragging a pampered princess through the arid Plains of Predaria proves to be quite a challenge, even for a man of Caleb’s patience. The woman doesn’t know of the dangers on the plains, of the Catchers, the fires, the baking sun. She’s foolish and spoiled, beautiful and innocent about God and His Son, and life without water. As she’s exposed to the dying world her father left in his wake, she lets Caleb teach her how to live.

Princess Willomenia Odarre thinks Caleb is a savage. But when he hands over all her possessions for water to give the people of his village, she discovers he is so much more than just a warrior. He’s a child of Yahweh, an expert trader, and a planter with noble dreams of healing the land and bringing greenery and life back to Predaria. It isn’t until she gives him her heart and suffers the true terrors her father has inflicted upon his own people, that Willow finds out Caleb is much more than he let on. And she is more than she ever thought she could be.