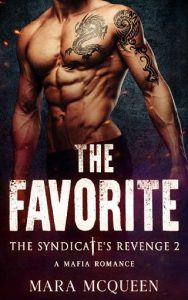 He killed her fiancé on her wedding day. Now she has to marry him.

Evana “Ava” Caputo always knew—and hated—that she’d have an arranged marriage. She just didn’t know she’d actually been promised to the Brotherhood’s Prince, the most vicious Clan leader in the world.
But the Prince is hiding secrets which could not only destroy the Underworld, but break Ava’s heart.
Raiden never wanted to get married, especially to the Syndicate’s Second Daughter.
She hates Clan life. She hates him.
But passion sparks between them as soon as they meet, and Raiden vows to sacrifice his life—and others’—to shield Ava from the vicious Underworld that wants to harm her. But he can’t protect her from a secret that could destroy them all—she isn’t the only one he’s made an oath to.

When the Clans clash, which side will you choose? SyndicateVSBrotherhood