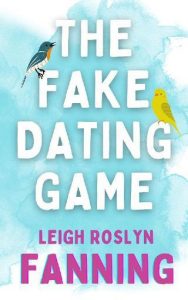 Jenn watched him from the back of the bar. Casey was tall, classically handsome, and a celebrity TV game show host. What more could she want? She would be happy to take him home that evening. It would beat what she had been doing recently at night…. thinking about the murders.
While Casey had a good reputation, his game show did not. Two contestants had died and Jenn, a future contestant, was getting nervous. One death was deemed an accident while the other was a brutal killing. Jenn was convinced they were both murders.
With the help of her best friend Emily, Jenn tries to get to the bottom of the deaths while also navigating the dating scene. Soon, Jenn finds herself deeply twisted in a love triangle and wondering if she is going to make it out alive.