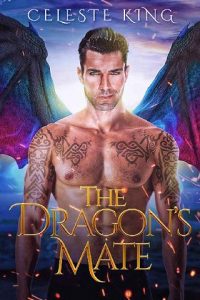 When Talia Fitzgerald gets a last minute field assignment out in Arizona, she’s excited. She’s going to prove that she’s just as qualified as any man in her field and that she’s not just a pretty face and a set of curves. But on the first day, she gets trapped in a rock slide and then rescued by an alien dragon who’s been asleep underground for millions of years.
Trex’s people are dying. They crash landed onto Earth millions of years ago and have been in cryosleep but time is running out for them. Trex is prepared to take drastic action to save his people – regardless of what it does to planet Earth – until he meets Talia. He wouldn’t really care about a tiny mammal like her, except for one thing. She’s bringing out a deep, primal urge in him. The kind that only a mate can bring.
Trex and Talia are attracted to each other, but face so many obstacles. They don’t speak the same language for one. Trex’s clan wants to eat Talia for another. Not to mention that the people of the world are going to wig out when they realize a bunch of dragons live in the bowels of the planet.

Will their love survive the obstacles? Or will it all crumble to dust?