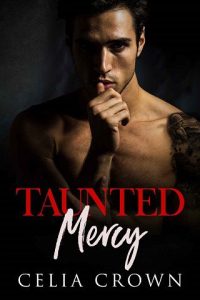 “I forgive you, but we can’t have you thinking what you did is acceptable.”

Asa is untouchable, not because he’s wealthy or has diplomatic immunity, but because he has a track record of making people disappear without a trace.
Every moment Eira spends with him is evidence that he’s not a violent, bloodthirsty nightmare—until he is.
She’s been looking at him with rose-tinted glasses and beautified a monster. She’s conflicted, desperately holding onto the kindness and compassion he has shown her.
He works differently, dropping sweetened breadcrumbs for her naivety to ignore the rotten warnings of his honeyed trap. Asa tugs on her heartstrings like a puppeteer to his marionette.
He speaks with a lullaby, but she’ll wake up in a nightmare, a beginning of an abruptly ended fairy tale. The changes are as polar opposite as the time she met him.
She finds she doesn’t mind the changes. Or is that her survival instinct protecting her?
Asa doesn’t need a reason; not for the lives he had taken, not for his fascination with Eira, and certainly not for his delusion.