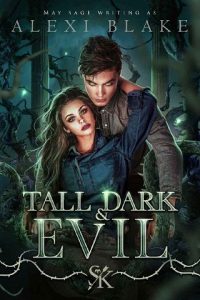 The Five Realms University is an open battlefield. After surviving three years of pranks, insults, and the occasional attempted murder, Alis thought she knew the rules of the game.

One encounter with Reiks, the golden prince everyone adores, shows her just how mistaken she was. He’s decided she’s his for his last year at Five, and no one can save her from his clutches, until an actual war comes knocking at the doors.
Alis had her reasons for staying under the radar for so long, but to survive, she might have to embrace the devastating magic in her blood, at the risk of destroying the entire world.
Born to take over a kingdom divided to its very core, Reiks has grown calculating and cruel, for the greater good.
He treats friends and foes as unwitting pawns on his board, until he comes to realize one piece might have been his enemy’s queen in disguise. Alis could be his undoing.
Or his salvation.