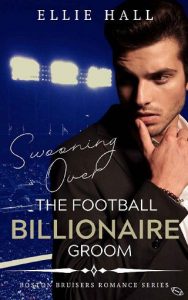 She’s a former Disney princess now teaching etiquette. He’s a football player in need of refinement. During their lessons will they become more than friends?
After a humiliating accident, Maggie leaves her position as a Disney Princess and lands a job as an etiquette coach. A tumultuous childhood leaves her wary of the rich and famous. When her first client is an obnoxious, over the top football star, she channels her cheery princess personality to endure teaching him how to be a gentleman.
Declan is the first to admit that he’s quick-witted and cocky, on and off the field. When a prank gone wrong turns into a scandal, he and a few of his team members end up at the esteemed Blancbourg School of Etiquette. Lucky for him his coach is cute. Unfortunately, if the players get involved with their non-football coaches, they’re off the team.
After a week-long crash course, Maggie and Declan take their lessons out of the classroom to see if he can behave in public. When tragic news takes him to his native Ireland, they each get a glimpse of who the other really is and an unexpected friendship blooms. Despite their best efforts to remain that way, their feelings for each other blur.
Will they keep things in the friend zone or fall in love and wind up in the end zone?