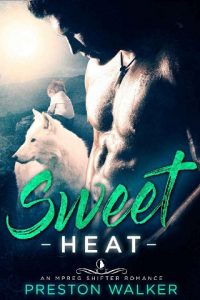 Josh stared down at his stomach as he stood in front of the bathroom mirror, naked from head to toe. He stroked his abdomen over and over, hands endlessly switching places, observing the way the flesh just below his rib cage suddenly bulged outward. If he hadn’t known any better, he would have just assumed that he was bloated from something he’d eaten.
But he did know better. He was pregnant.
Imagine a wishing well, a special well, one that only shows werewolves their true mates…
Joshua Silver hasn’t had much luck with relationships in the past, and the death of his parents in a fire at their bakery put a stop to his dating life. At the urging of his pack leader, he visits the well in the hopes of pulling himself out of his depression. What he doesn’t know is this: he’s already locked eyes with his mate.
Blake Sanderson is a punk. An alpha wolf with no responsibilities. He smokes, loiters, and vandalizes. Watching the world from the street corners, he thinks he’s immune to trouble. All that changes when he crosses a feral wolf who will do anything to put him down. And now there’s this omega named Josh, carrying the weight of the world in his eyes, telling him they’re supposed to be mates…
What will they do when the feral wolf comes after Josh…who just might be pregnant?