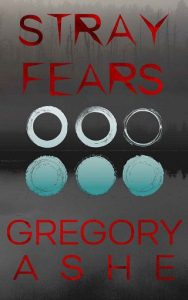 Elien Martel is a survivor, but surviving, he’s beginning to discover, isn’t the same thing as living. In the house he shares with his much older boyfriend, Elien spends his days trying to stay as far away from living as possible. Living, he has learned, means that sooner or later you’ll get hurt.

When a member of Elien’s support group dies under strange circumstances, though, Elien finds himself in a web of bizarre coincidences. The responding officer turns out to be another member of Elien’s support group—a man named Mason, who has made no effort to hide his dislike of Elien. Then, just a few days later, Mason tries to kill Elien in front of dozens of witnesses.

As violence ripples through Elien’s world, he begins to suspect that the coincidences are not coincidences at all. Something is at work behind the cascade of tragedies, something vicious and intelligent. Something that has wanted Elien for a long time.

To defeat it, Elien will have to do what he fears most and face the darkness in his own past. Worse, he’ll have to take the risk of trying to live again.