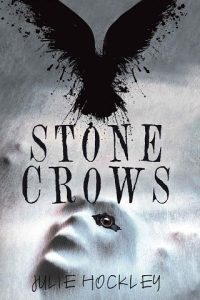 Overview:The three people twenty-year-old Emily Sheppard loved the most have been lost to the underworld. Although two of her loves were murdered by psychopath Victor Orozo, Emily’s first love, Cameron Hillard, has been living another life without her. But now, despite Cameron’s best efforts, she has found her way back to him and given birth to his only child: a daughter named Billy.
Billy stands to inherit the entire underworld, a dark place that unfortunately wants her dead, and Cameron is desperate to keep Emily and Billy hidden before his world knows of their existence. While Emily tries to make sense of Cameron’s return from the dead, he disappears, leaving her to fend for herself and their child. As the underworld prepares to implode, Cam and Emmy must find a way to get out before it does.

Stone Crows is a tale of terror and love as Cameron and Emily immerse themselves in the ultimate battle for each other and the survival of their love child.