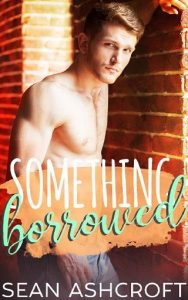 “I want my family to at least think I could marry a man like you.”

Returning to his hometown with a fake husband on his arm was the last thing Blake expected to do for his sister’s wedding, but the unexpected has been kind of a theme in his life for the past forty-eight hours.
Three years ago, Blake got fake-married in Vegas on a whim to a man he never expected to see again.
Right up until that man turned up in his office with a borrowed sweater, a charming smile, and news that the marriage had been legal the whole time–and that it’s now legal in Australia, where Rusty is from.

Rusty is just as gorgeous as the last time Blake saw him, and while Blake knows better than to get involved with a man who’s leaving in a few days, he can’t ignore the pull between them. Especially not when they’re sharing Blake’s old bed, and Rusty’s doing his best to be the perfect husband, right down to defending Blake’s honor.
Rusty knows he can’t really afford to stick around with increasing pressure from his father to sort out his marriage situation and come back home. And Blake could do better than him, anyway…

But there’s something between them, and Rusty begins to think that if he leaves now, he’ll regret it forever.
Can he work up the courage to say so before he says goodbye? Or are he and Blake doomed to be almost together?