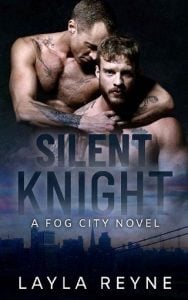 I won’t let anything happen to you.

Fourteen years ago, Braxton Kane’s feelings were forbidden.
As an officer, he couldn’t fall for an enlisted… no matter how much he longed for Holt Madigan.
Now—as a police chief in love with a digital assassin—his promise to always protect Holt is becoming harder to keep.
I’ll protect you.
Holt doesn’t understand why his best friend has been pushing him away for months.
But when Brax’s life and career are threatened, Holt refuses to allow the distance any longer.
The Madigans protect their own, and Brax is family, whether he believes it or not.
I won’t let anything happen to you either.
Forced together, Holt realizes his feelings for his best friend have changed.
His desire to explore the promise their single night together held is undeniable.
His resolve to protect the man who has always protected him is unshakable.
But if Holt wants a future with Brax, he’ll have to search and destroy the person who attacked him—before Brax activates the kill switch and sacrifices himself.