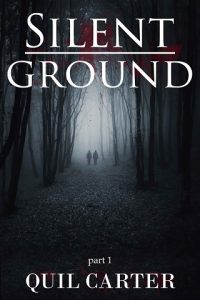 Sasha’s crazy. He knows he’s crazy, his uncle and best friend both know he’s crazy, and for a long time, they’d accepted it and loved him anyway.
But now, now things are changing. Sasha’s migranes are getting worse, there’s a voice inside of his head that keeps demeaning him, and for some screwed up reason, the only thing that cures these migranes, is Sasha’s own damn blood––which he has to resort to masochism to extract.

This is not okay; this is quickly becoming not okay and Sasha doesn’t know what the hell he’s supposed to do. What’s happening to him? And how much longer can Sasha’s uncle and best friend deal with it before they just give up on their mentally-disturbed loved one for good?

And that’s not even the worst of it. Oh no, not in the least. There are people after Sasha, two men wearing black cloaks. They attacked him on a dark road, and now these two are telling Sasha that he’s a nightcrawler like them… and it’s time to come home.