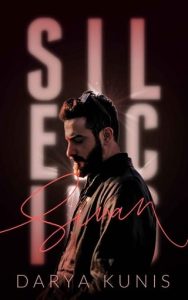 “Look at you, Mr. Hollywood,” she put out her cigarette. “Secret lovers, a secret pregnancy, a fake bride. Millions of fans, millions of dollars. You think you can keep this up?”
“What do you think?”
“I don’t know,” she analyzed him carefully. “Maybe for now, but not for long.”
Turkish actor Sinan Sözen finds himself thrust into the global spotlight after landing a dream role as a vigilante warrior with a heart of gold in the latest American blockbuster. However, a positive pregnancy test threatens to expose his omega status and the love he shares with two other men, a situation that is the very antithesis of the clean-cut nuclear family mainstream Hollywood prefers. At his agent’s behest, he hires young Istanbul model Sophie Dinçer to pose as his bride in order to explain the incoming addition without outing the harem to the world, but feelings become complicated as Sophie finds herself falling for the men she’s been hired to hide.