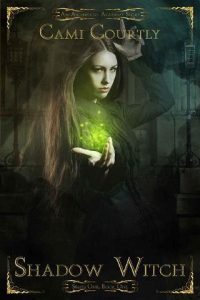 Aukreath Institute of the Arcane was one of the most prestigious higher magic academies around. Within its hallowed halls, witches and wizards studied to ascend. In an academy known for producing some of the most powerful mages in the world, there was no easy path for new students. What did fate have in store for them as they tried to find their true callings?
Amaia – My whole life I wanted to follow in my grandmother’s footsteps and become an earth mage. I was accepted to Aukreath, but it was shadow and not earth that chose me before admission. I had to race to master a new element by the end of the year if I wanted to become a full-fledged mage. Otherwise, I would remain a hedge-witch forever.
Barrett – My parents were farmers, and they didn’t approve of my choice to become a Chevalier. Aukreath was ready to chew up and spit out anyone who walked through its doors, myself included. The odds felt stacked against me as I took the next step toward becoming an Initiate. If I wasn’t careful, I’d get caught up in politics that threatened everything I had worked for.