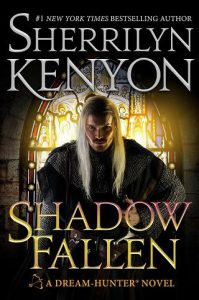 For centuries, Ariel has fought the forces of evil and her task was to protect the souls of innocent mortals when they die. Captured by a powerful sorceress, she is transformed into the body of a human who has no memory of her real life or calling.

And is plunked into the middle of the invasion of England by the Norman Empire.

Cursed the moment he was born with a “demonic deformity”, Valteri wants nothing of this earth except to depart it and will do his duty to his king until then. A strange noblewoman is found and brought before him, and Valteri knows he has met her before… but only in his dreams. And when others come for her and bring with them preternatural predators, he is faced with a destiny he had no idea was waiting. And one he wants no part of.

For the truth is that he isn’t just a knight of William the Conqueror. He is the son of one of the deadliest powers in existence, and if he doesn’t restore Ariel to her place, she is not the only one in peril. The world itself hangs in the balance, and he is the necessary key to hold back the powers of evil. But only if he can find a way to work with the woman who stands for everything in the universe he hates.