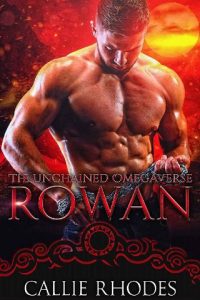 She’ll stop at nothing to destroy his kind.

As far as special agent Bailey Glazer is concerned, there’s no such thing as a good alpha. After witnessing her parents’ death at the hands of the beasts as a child, she’s dedicated her life to making sure no one else has to suffer the same fate. So, when her superiors come to her with an undercover mission to help bring down the newest Boundaryland, Bailey doesn’t hesitate.
He’s sworn to lay waste to everything she stands for.
Rowan’s chance at a real life was over before it began. Abducted, imprisoned, and tortured by beta forces at a young age, all he’s ever craved is revenge. Now it looks like fate has delivered his dearest wish—a beta spy. She thinks she’s the one in control, but now that she’s in his hands, Rowan has other plans.
Once there were boundaries…but now that their chains are broken, these alphas refuse to be contained.