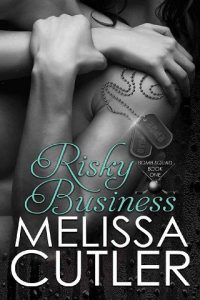 Finally, soldier Theo Lacroix’s life is right where he wants it. He’s on the cusp of buying the houseboat business he’s run for a decade and he’s the star player on Bomb Squad, an ice hockey team for combat-wounded veterans like him. He wants for nothing…right up until a sexy tornado of a woman crashes into his life and claims the business for herself. Theo knows he should quit and move on, if only he could ignore the chemistry sizzling between them or the urge to sweep her up in his arms and do some claiming of his own…

Allison Whitley lived a Cinderella dream–until her ex left her with a baby, a pile of debt, and a business she knows nothing about. And her would-be knight in shining armor? He’s a hard-bodied ex-soldier with an even harder heart. Never mind that she can’t stop fantasizing about kissing him. Allison’s never needed to be scrappy before, but to survive in her new life, she’ll have to go head-to-head, and heart-to-heart, with the man who just might prove to be her hero after all.