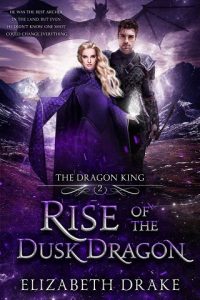 He was the best archer in Ilyious, but even he didn’t know one shot could change everything.
A war. A frozen mountain pass. An enemy supply caravan. Prince Thomas will end the war and bring peace to his people. No matter what it takes. Even if it means bringing the enemy’s mountains down on them. But Prince Thomas should have killed the enemy mage that survived. Or left her to freeze to death on the side of the mountain. He shouldn’t have rescued her.
And he definitely shouldn’t like how good she feels in his arms.

Mage Claudia Whitecliff didn’t expect the avalanche or the attractive stranger that rescued her. Nor did she expect to like the way the stranger’s arms feel around her. And she definitely never expected to want a stranger to kiss her so much.
Especially when she learns that stranger is her kingdom’s greatest enemy.

Prince Thomas rescued Claudia, and now they’re trapped together in a cozy lodge under a mountain of snow. And it’s hard to stay enemies when they both want something more, something forbidden, but something that could also pave the way to peace.

The dark forces that conspired to keep their people at war are closing in on them. Together, Prince Thomas and Claudia can usher in an era of lasting peace for their people. But only if they’ll let themselves love their enemy before the dark forces destroy them and the chance for peace.