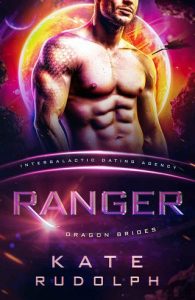 He’s supposed to be a prince, not a prisoner…
Things are as bad as they can get for Ranger when he’s thrown in a cell and told he’s about to be sold for a profit. But his captors don’t know he’s a dragon, and he’s ready to rain fire on them all in payback.

Until he meets Sidney.

She’s stronger than she looks…
When Sidney discovers Ranger on the ship, it throws her world into upheaval. She’s no slaver. She’ll do what it takes to free him, even if it means crossing her captain and crew. When Ranger turns the tables on her, she’s almost too angry to be attracted to him.

Freeing Ranger has repercussions. And soon it’s not just Sidney that’s in danger, but everyone she loves as well. She’ll need to trust the dragon prince if she’s going to save them all.

But how can she do that without losing her heart?