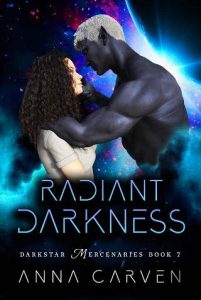 He’s well aware of that fact. The rest of his First Division brothers have succumbed to the Mating Fever, falling for those gentle, alluring creatures—humans.
He should probably be more bothered by it, but he’s a little preoccupied right now. See, he’s just detected the presence of a group of terrified humans onboard a Kordolian slave-trader ship.
He has to go after them. It’s a matter of principle.
Earth is theirs now, and he and his battle-brothers have sworn to protect the vulnerable beings that inhabit it. Their enemies—Kordolians that yearn for the resurgence of the Old Empire—keep trying to steal human females for their infernal breeding programs.
Not on his watch.
Amidst the darkness and chaos, a soft female voice invades his consciousness. Given the circumstances, she’s impressively calm. There’s something in her voice. Something he can’t quite put his finger on. It calls to him.
Nothing is going to stand between him and the ones he has sworn to protect. His enemies won’t know what hit them.
And sooner or later, he will take what is his.