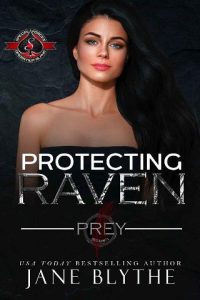 Their daughter’s abduction destroyed their marriage.

Raven Oswald has never given up on her daughter, for ten years she’s used her computer skills to try to bring down the trafficking ring responsible for Cleo’s abduction. When she finally gets a viable lead she heads straight to Columbia to check it out. The last person she expected to follow her was her ex-husband. He left her not long after their daughter was taken and she hasn’t heard from him since, she doesn’t want or need his help.
Max Hathaway knows he messed up when he took his eyes off his three-year-old daughter that day at the park and guilt has been slowly consuming him ever since. But when Raven recklessly puts herself directly on the dangerous trafficking ring’s radar, the pararescueman has no choice but to follow after her. Whether she likes it or not he’s going to keep her safe, and maybe earn her forgiveness before the guilt eats him alive.