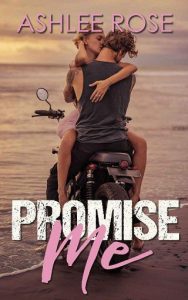 CONOR:
I’m a dead man walking.
I promised him I wouldn’t go near her, promised him that I would treat his sister like she was my little sister. But that was a lie. Because Darcey Sawyer was not my sister. She was my forbidden fruit. Forbidden fruit that I have waited four years to touch, four years to have one little taste.
I was Conor ‘King’ Royce, and this King needed his Queen.

DARCEY:
Four years ago Conor Elijah Royce came into my life, and it hasn’t been the same since.
He was my brother’s best friend. They met in Buck Hall Private School and have been inseparable ever since their first meeting.
He was everything I shouldn’t want. Forbidden fruit, but I still wanted him.
Now more than ever.

The King was about to take this princess down in his kingdom.